Storm’s stamp design was announced as the winner of the contest on Saturday and will go on sale in late June 2019. It is expected to raise $40 million in funds to conserve and protect wetland habitats. (Photo: USFWS)

Scot Storm of Freeport on Saturday picked up a solid win in the annual juried art contest with his acrylic painting of a wood duck and decoy.

Beating a crowded field of more than 150 entries, Storm’s stamp design will grace 2019’s $25 Federal Duck Stamp. Established in 1934, some 98 percent of the purchase price of each stamp, required for waterfowl hunting, goes directly to help acquire and protect wetland habitat in the National Wildlife Refuge System. Since the program’s inception, sales of the annual stamps have raised more than $1 billion for conservation — enough to protect six million acres of wetlands habitat on national wildlife refuges around the country.

In a change to this year’s contest from past years was a mandatory hunting-related aspect to the art. Besides one of five approved waterfowl species, qualifying entries had to include a hunting-related accessory such as blinds, hunting dogs or waterfowl decoys in the image. The move is part of an overall effort by the Trump administration to grow the number of sportsmen taking to the country’s woods.

The entries included waterfowl pictured with hunters taking aim, admiring the birds and setting decoys. Ducks pictured with shotgun hulls, in front of camouflaged blinds, and even one with the ducks engraved on the receiver of a shotgun were among the submissions. 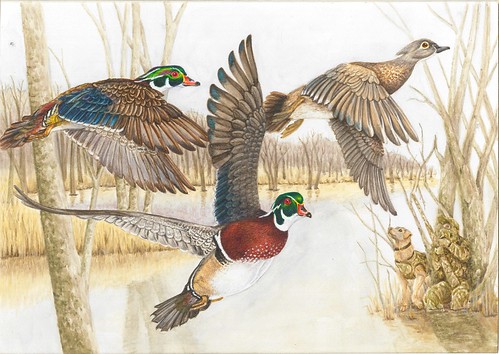 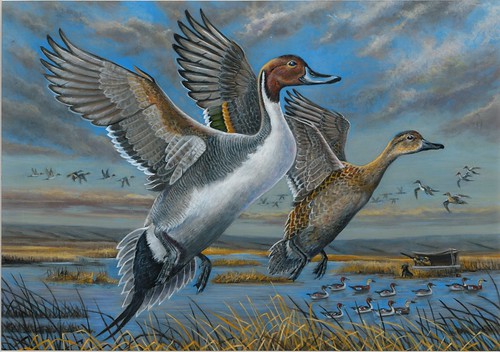 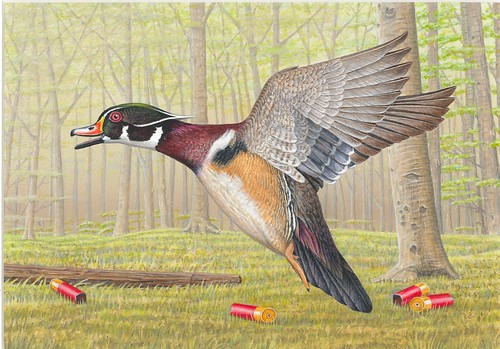 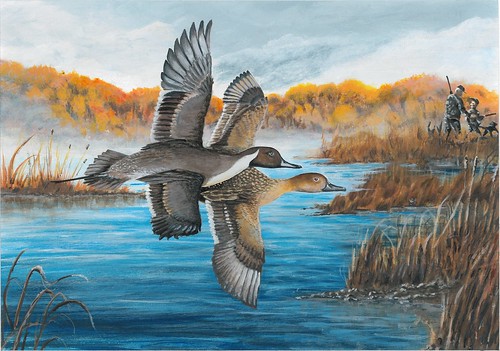 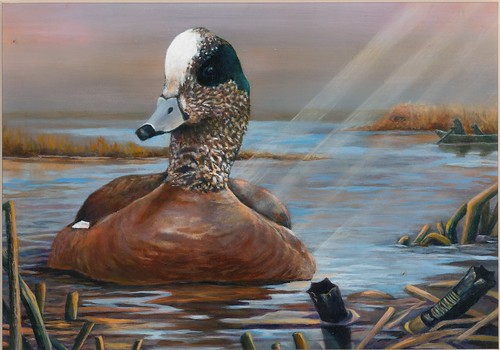 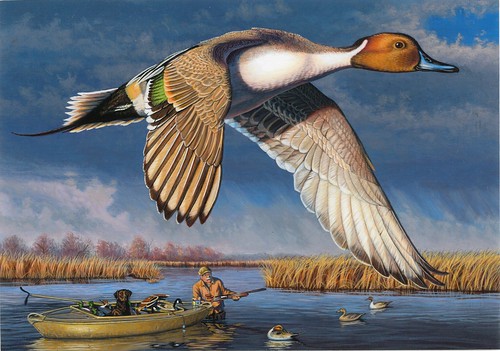 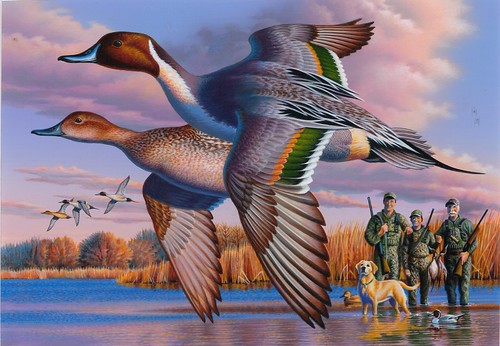 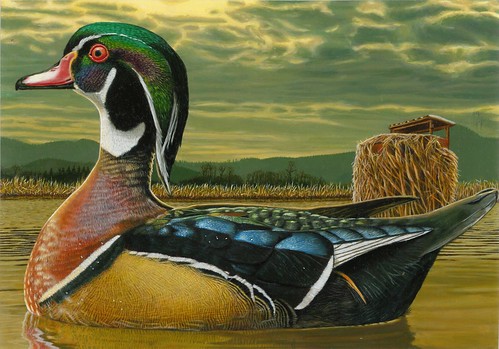 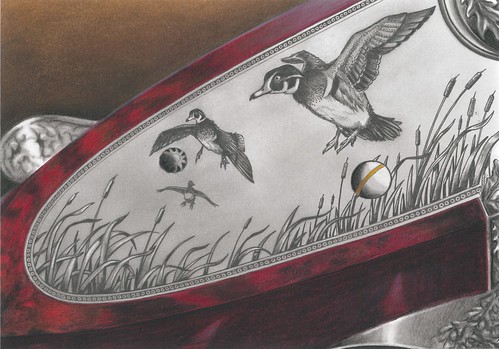 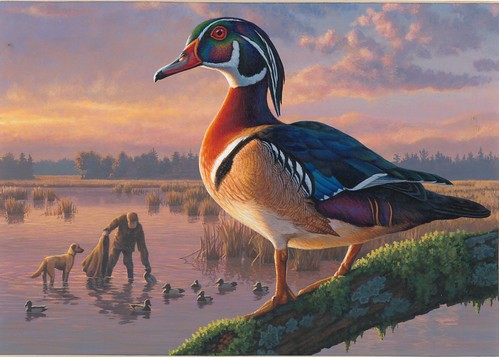 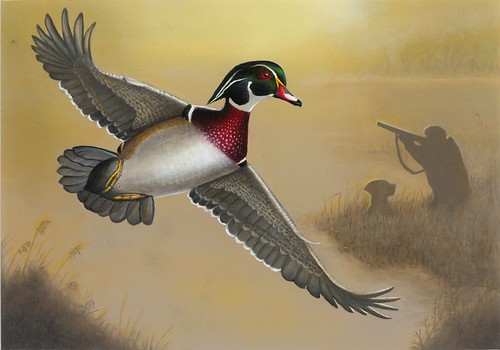 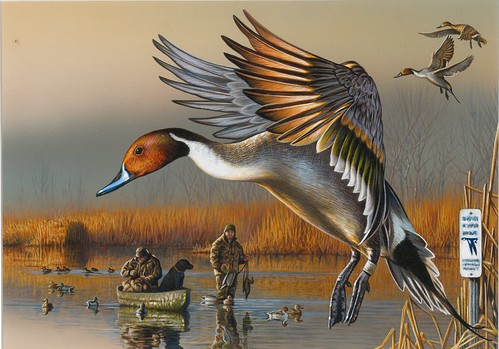 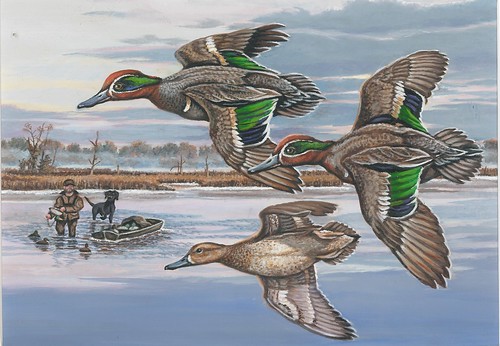 The full gallery of the 2018 entries is below. 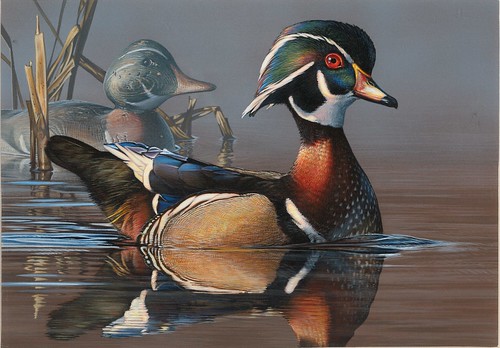